2015 Legislative Update and Expectations for 2016 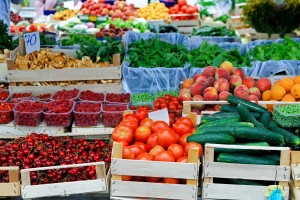 Florida’s legislative session in 2015 was something of a let down for many who expected more land use and environmental bills to be passed. The budget fight ended the session early, and as a result, some good and some bad bills failed to get final approval. In the end, only a handful of land use and environmental bills made it to the Governor’s desk, some of which will have important ramifications on decision-making moving forward. Below is a brief summary of the relevant land use bills that were passed in 2015.

The 2015 growth management bill (since there’s got to be one at least one of these every year, right?) modified several areas of state regulation.

Certainly the biggest change which came from this was the total elimination of the state’s Development of Regional Impact (DRI) program, at least as it relates to new DRIs. The DRI law, originally implemented in 1975, was seen by many as one of the most prominent laws in the country to address resource protection and impact mitigation. Over the years, however, the DRI law has been scaled back, both as a reaction to the burdens of the law and the sprawl effect of the regulations, and in efforts to transfer oversight from the state back to local governments. With the approval of SB 1216, new projects outside of dense urban land areas that still meet certain thresholds, must be reviewed through the local government’s comprehensive plan amendment, along with the state coordinated review process. Existing approved DRIs continue be subject to the same processes previously approved for amending or terminating them.

For purposes of Community Redevelopment Areas, SB 1216 adds areas with sinkhole activities to the definition of blight, thus increasing the opportunities for CRAs to redevelop areas adversely affected by sinkhole activity.

The law also removes several statutory functions of the remaining Regional Planning Councils (RPC) generally deemed duplicative or not needed in the future. As part of this change, the Withlawcoochee RPC was eliminated and its counties were moved into adjacent RPCs.

In addition, SB 1216 creates a pilot program for Pasco County to allow the County to approve, under certain circumstances and without State review, connected-city corridor comprehensive plan amendments. The goal of this program is to create mixed-use communities using multiple transportation modes for high tech/high wage employment opportunities.

The bill also updated the sector planning program to include clarifying the standards governing approval of master plans, and requiring that sector plan detailed area plans be reviewed by certain state agencies for consistence with that master plan.

Following the First District Court of Appeal’s decision in City of Jacksonville v. Smith [Link to 4/27/15 blog], the legislature made clear that the Bert Harris Private Property Rights Act is not to be used as a weapon to fight nearby development, but rather can only be used by the owner of a property on which an action was actually taken by the government.

It further creates a new cause of action for property owners to recover damages upon finding of a “prohibited exaction”. This is defined as a “condition imposed by a governmental entity on a property owner’s proposed use of real property that lacks an essential nexus to a legitimate public purpose and is not roughly proportionate to harm the governmental entity seeks to avoid, minimize or mitigate.”

Given the potential financial effect on local governments, the legislation also adds a waiver of sovereign immunity for this new cause of action.

The 2016 session begins in January; with the earlier start, the failed bills are sure to still be fresh in the minds of legislators (and lobbyists). Many will reappear, and we provide a brief guide below the update as to what we expect to show up in this next session.

DRIs will undoubtedly be at issue again in the 2016 legislative session. One issue likely to be addressed is the process for moving forward with new DRI-sized development projects. The Department of Economic Opportunity has interpreted the 2015 law to require these projects to go through the local government comprehensive plan amendment process, regardless of whether a comprehensive plan amendment is actually necessitated by the development plans. Proponents of the 2015 bill argue that this was not the intent, and will likely push for legislation to fix this “misunderstanding” in 2016. Another expected change to what is left of the DRI law is to allow all existing DRIs to be rescinded, regardless of type or size. It’s unclear how many existing DRIs will take advantage of this, should it pass, since many developers, especially in Southeast Florida and urban downtown districts, are happier to know what entitlements are available and improvements are required, as opposed to going through the unknowns of a new local government review process.

A large comprehensive water bill, both loved and hated, was defeated as a result of the quick end to the 2015 legislative session. This bill would have overhauled much of the state’s water management system, in an effort to address water supply and quality issues going forward into the future. A similar bill, with some amendments to refine various provisions, is expected to reappear for 2016. Environmental and industry lobbyists will be back fighting hard for their interests.

Amendment 1, passed in November 2014, was thought to be a vote in favor of increased funding for land and water conservation efforts. It provided for a dedication to the Land Acquisition Trust Fund of 33 percent of the net revenue from the existing document tax. The Fund was created to acquire and improve natural resources throughout the state. In 2015, the legislature determined that the funding could be used in a broader sense, and budgeted much of the money for operating expenses. Further debate over the allocation of the more than $300 million in funds coming from Amendment 1 will no doubt continue during the legislative session of 2016.

Please contact Fletcher & Fischer if you have questions or concerns about your projects moving forward.

By Leigh Fletcher | Published August 24, 2015 | Posted in Uncategorized | Comments Off on 2015 Legislative Update and Expectations for 2016