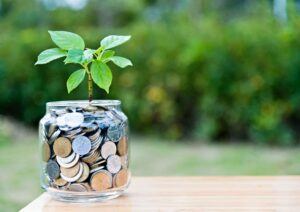 Two very large financial institutions have made recent news with regard to how they plan to invest going forward: they are giving sustainability and climate change resiliency a key role in their investment decision-making process.

BlackRock is the world’s largest asset manager. It manages over $7 trillion in investments for its clients around the world.  In the annual letter from Chairman and CEO, Larry Fink, he announced that going forward, BlackRock is placing sustainability at the core of its investment decisions and portfolio management. This decision isn’t based on a protect the environment for the environment’s sake. Rather, BlackRock has come to the conclusion that “The evidence on climate risk is compelling investors to reassess core assumptions about modern finance.”  It recognizes that its investors are reckoning with the varied impacts from climate change, both the physical impacts and the impacts on economic growth. They recognize that “climate risk is investment risk” with an impact across the whole financial system.

Ultimately, BlackRock has determined that “sustainability- and climate -integrated portfolios can provide better risk-adjusted returns to investors.” As such, they are making sustainability integral to its investment choices. But the investment company is going even further, recognizing that transparent companies that are responsive to their stakeholders will ultimately be more successful, and announcing that it “will be increasingly disposed to vote against management and board directors when companies are not making sufficient progress on sustainability-related disclosures and the business practices and plans underlying them.”

Similarly, The Bank of England, the central bank for the United Kingdom, has recently made clear its recognition of an upcoming climate emergency and need for companies and investors to move quickly to evaluate their risks from climate change and their ability to deal with those risks.  Recognizing that financial and investment decisions need to be made with the most pertinent information, the Bank announced that it is planning to “stress-test” banks to determine how able they are to deal with climate-related financial risks. Similar to financial stress tests, the evaluation would provide an understanding of the risk that climate changes poses to the whole financial system.  “The exercise will test the resilience of the current business models of the largest banks, insurers and the financial system to climate related risks and therefore the scale of adjustment that will need to be undertaken in coming decades for the system to remain resilient.

A bill filed in the United States Senate last November would require the Federal Reserve, America’s central bank, to develop climate stress tests to similarly quantify the risks to our economy caused by climate change.  It is unlikely to receive sufficient support in the Senate to pass.