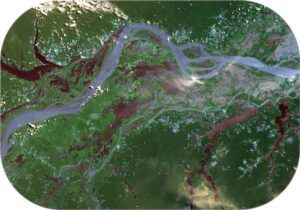 On January 6, 2020, the Bureau of Industry and Security (BIS) published an interim final rule amending the Export Administration Regulations (EAR) to make a type of geospatial imagery software specially designed for training Deep Convolutional Neural Networks to automate the analysis of geospatial imagery and point clouds subject to the EAR. The interim final rule will also impose a license requirement for the export and reexport of those items to all destinations, except Canada.  Specifically, the interim rule, which became effective immediately, regulates the transfer to, or within, a foreign country of

(G)eospatial imagery “software” “specially designed” for training a Deep Convolutional Neural Network to automate the analysis of geospatial imagery and point clouds, and having all of the following:

While this rule is only effective for a year, and to remain effective will require additional administrative action, the lack of specificity in the definition of the covered software raises several questions. Researchers and commercial entities developing software to support satellite remote sensing and other geospatial analysis of ocean and coastal resources will want to know whether software that increases the accuracy of marine resource imaging will be covered. Is software that continuously refines sea level rise predictions based on topographical modelling generated from satellite data a deep convolutional neural network software?

While the rule only applies to software and does not apply to technology using software or commodities created using software, private companies and institutions in the ocean sciences and marine technology industry should immediately conduct internal analysis to determine if any existing software now requires licensing.  It is also important that they provide comments on the interim rule on how the definition should be more narrowly tailored to facilitate continued advancement of the blue economy. For instance, if software is already widely available in the world, should a license be required? Should it be required if software is being developed through multi-national research consortia for ultimate use in global efforts to advance ocean pollution control or climate change adaptation technology?

As noted in the Federal Register, you may submit comments by either of the following methods:

If you would like to discuss how the rule may affect your company or research, or potential comments to the rule, please be sure to contact me.