Obergefell and the Legal Rights of Same-Sex Married Couples: Now That You Have These Rights, What Do You Do With Them?

On the anniversary of the great victory for the LGBTQ+ community we are reminded that Obergefell stands not only as a triumph for human rights, but also is the basis of married same-sex couples’ access to numerous estate planning tools and tax savings previously only available to heterosexual married couples. 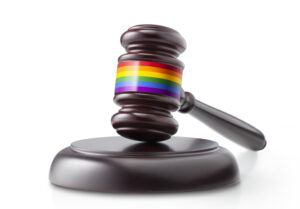 On June 26, 2015 the Supreme Court issued a ruling in Obergefell that deemed same-sex married couples as equals to their heterosexual counterparts. The long overdue legitimization of same-sex marriage permitted couples to utilize tenancy by entirety to transfer and own property, to benefit from exemption of property from creditors and many tax benefits. However, the ability to use such rights does not necessarily mean that doing so is appropriate for each couple.

Estate Planning: Not One Size Fits All

Akin to the advice that it is better to have diversified investments, for some couples other forms of property ownership form may be more beneficial. For example, owning property under a tenancy by the entirety offers benefits in certain circumstances, but is subject to exceptions. This form of property ownership allows the property to transfer to the surviving spouse upon the other’s death without having to go through a probate proceeding. In addition, the property is afforded an exemption against creditors in certain circumstances, such as when a creditor is owed debt from only one of the spouses and not the couple. While this may be an appropriate tool for some assets,  a couple may not want to rely on tenancy by entirety for creditor protection for fear that one of the exceptions to the exemption from creditors exists. In a bankruptcy proceeding, if at least one of the creditors has a claim against the couple rather than just one of the spouses, the remaining property is no longer afforded the tenancy by the entirety protection. Therefore, to ensure that high risk assets are not subject to such a possibility, it may be appropriate for a couple to title the property differently.

Better to be Overcautious than Sorry

Furthermore, many couples may be fearful of the possibility that Obergefell will be overturned in the future and what legal ramifications a reversal could have. We have all experienced the whiplash caused by the constant attack on Roe v. Wade. The back-and-forth between upholding and overturning Roe demonstrates how judicially derived rights can be subject to instability. Under state law, many states did not recognize same-sex marriage, and multiple states banned gay marriage. If the federal recognition were reversed, what would be the outcome for same-sex couples living in a state that bans same-sex marriage? For example, if property is owned by a same-sex married couple as a tenancy by the entirety, a form of ownership that is only afforded to married couples, what is the resulting ownership if same-sex married couples are no longer afforded that right? Unfortunately, no precedent exists to guide such a decision. Would the ownership form remain in place despite the withdrawal of marital rights? Would the property be deemed to be held as a joint tenancy with right of survivorship or a tenancy in common? Or is there another possibility? The “grayness” of such an event and the questions that it leaves is precisely why estate planning should be a major concern of same-sex married couples. While the likelihood of the overturn of Obergefell is low, it is better to be overcautious and safe, rather than sorry. However, this series is not meant to incite fear or worry, rather, the hope is that the information provided can assist you in pursuing an estate plan that is best suited for you and your partner.

In order to provide you with a foundational understanding of estate planning considerations and the possibilities that are available to same-sex married couples, we have constructed a series of blog posts. The information provided in this series will begin with the required forms for a basic estate plan and gradually transition to more complex options such as trusts and tax saving techniques. The series will conclude with a summary of the previous posts and offer some considerations for you and your spouse as you begin the estate planning process.  Please keep in mind that all of the information that will be provided in these posts pertain to Florida law exclusively.

Stay tuned for the next installment in the “Estate Planning Considerations for Same-Sex Married Couples” series.

The information in this blog post is provided for general informational purposes only and may not reflect the current law in your jurisdiction. No information contained in this post should be construed as legal advice from Fletcher Fischer Pollack PL or the individual author, nor is it intended to be a substitute for legal counsel on any subject matter. No reader of this post should act or refrain from acting on the basis of any information included in, or accessible through, this Post without seeking the appropriate legal or other professional advice on the particular facts and circumstances at issue from a lawyer licensed in the recipient’s state, country or other appropriate licensing jurisdiction.