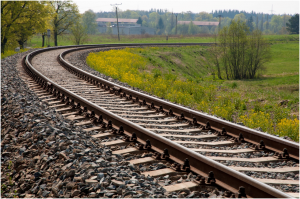 The Florida Supreme Court last month reviewed a question certified to the Court by the United States Court of Appeals for the Federal Circuit: Notwithstanding a deed that conveys land in fee simple from a private party to a railroad corporation, does Florida law (Sec. 2241, FS), state policy, or factual considerations – such as whether the railroad surveys land, lays track or begins to operate trains prior to the conveyance of a deed – limit the railroad’s interest in the property?  In all three cases, the Supreme Court held that the answer is no.

In looking at whether other legislative, policy or factual considerations might affect this holding, the Florida Supreme Court addressed the many arguments raised by the Appellant, and did not support any of them.

The 4th District Court of Appeals recently issued an opinion holding that a statute of limitations begins to run when a new utility fee ordinance is initially enacted, not when the fee is reassessed and placed on the tax roll each year. In 2005, the City adopted an ordinance creating a stormwater utility and providing for the levy of fees against all property in the City based on each property’s proportionate amount of runoff, as determined by the amount of impervious space on the property.  In 2011, a class action was filed to challenge the ordinance and to seek a refund of assessed fees for 2007-2012.  The parties agreed that a 4-year statute of limitations was applicable, but disagreed as to when it began to run. Looking to decisions from the 5th and 4th Districts, the Court found that the utility fee was similar to an assessment. An assessment is a “creature of statute” and is not subject to annual review “simply because it chose to allow the landowners the convenience of paying their assessment obligations in equal annual installments.” Rather, finding that the statute of limitations runs from the time the assessment is created balances ‘the property owners’ right to adequate notice against the district’s need for certainty in its decisions and economic affairs.”

The case was remanded to the trial court to decertify the class action.

Is a City entitled to recover attorney fees and costs for successfully defending a Bert Harris claim?

Yes, says the 5th DCA.  The Appellant property owner appealed a decision by the trial court granting attorney fees to the City under the Bert J. Harris Private Property Rights Act, and the City filed a motion for costs.  The Court upheld the trial court’s decision and further found that the City was entitled to legal costs since the trial court had found that was no taking of the Appellant’s property. The Appellant looked to the eminent domain statute and argued that the City was required to pay “all reasonable costs incurred in the defense of the proceedings in the circuit court” despite the fact that no taking was found. The Court, however, agreed with the City that the statute granting costs to prevailing parties in a civil action was applicable in this case.  The Court looked to Department of Transportation v Gefen, 636 So. 2d 1345 (Fla. 1994), which held that under the provision granting attorneys’ fees in an eminent domain case, “a landowner claiming inverse condemnation is only entitled to appellate attorney’s fees if the claim is ultimately successful.” Finding that Gefen would lead to a similar result with legal costs, the Court concluded that where no taking occurred, the general civil statute will apply and the City was thus eligible to recover costs.