Something Old, Something New: Place-making and Community Building 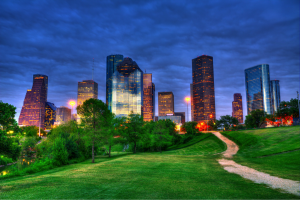 Last week at the Urban Land Institute Spring Meeting, I had the opportunity to tour parts of the second and third wards of Houston, Texas to look at urban revitalization developments in those areas. The striking differences between the two projects we toured led me to think about the intersection between place-making (by which I mean the creation of physical spaces designed to foster community) and community building (by which I mean fostering the development of relationships between people residing in close proximity to one another to create social safety nets) in urban revitalization.

Historically, Houston was divided geographically into four areas, commonly referred to as wards. Over time the wards became racially segregated so that by World War II, the second ward was populated primarily by Mexican-Americans and the majority of residents in the third ward were African American. Both wards became blighted over time, but due to the proximity to downtown Houston, they are now the focus of redevelopment activities.

In the second ward, we toured a large market rate townhouse development with 3,000 square foot units and community pools on every block. Each block is developed with an architectural theme like French Colonial, Urban Contemporary, or Mediterranean. The project density is 27 units per acre; the limited green space on each block is carefully landscaped; and all the streets and sidewalks are new. The project is financially successful; units that once sold for $400,000 now sell for more than $600,000.00. There is no trace of any of the former development that existed in the area. Whatever was previously built has been swept away to create something new.

In contrast, in the third ward, we toured Project Row Houses (PRH), a nonprofit revitalization project that combines historic preservation, architecture, art and social services in an effort to create a self-sustaining community. Utilizing historic “shot gun” houses as supportive housing for single mothers and as art gallery space, the project seeks to transform the social environment utilizing art. Each house is an installation by a single artist, and the installations change periodically.   The mission of PRH is summed up in Five Pillars inspired by the work of African American artist John Biggers: creativity, education, architecture, social safety nets and economic sustainability. In addition to the reuse of the shot gun houses, new housing, designed by Rice University architecture students to reference the style of shot gun houses, has been built a stone’s throw from the historic buildings.   The back porches of the shot guns and the front porches of the new housing face a common greenspace, which is divided up into a fenced children’s play area and undefined, unlandscaped greenway that leads out to a older cinderblock building being reused as a small business incubator housing a food co-op. Across the street, a public park offers additional play space. In addition to affordable housing, the nonprofit offers social support and educational programs for community members, including artists in residence programs and tutoring and youth mentoring programs. The density is lower, the architectural styles eclectic, and the old city sidewalks surrounding this block are uneven. In existence since 1993, this project is also succeeding in its mission of building a community grounded in historic African American experience and art. The website, projectrowhouses.org, provides a more complete overview and pictures.

In sum, PRH focuses on community building; the townhouse development on place-making. Both succeed at revitalizing the areas in which they are located, but the measures of success are different and the intended outcomes are different.

At 27 units per acre, a dense community of townhouse dwellers is being built. Residents will inevitably meet at the pool and as they go about their daily lives. But the townhouse occupants are on their own when it comes to developing friendships, and utilizing those relationships to enrich their lives.

At PRH, the existing place is being utilized to intentionally create relationships and community. Art offering commentary on African American experience overlaps with resident’s current life experiences. People share experiences by participating in the programs offered and those shared experiences are intended to serve as the foundation of strong social relationships among community members. In this way, the historic cultural relevance of the row houses creates a model for a social network. In the townhouse community, there are no preconceived notions of what a community is– the townhouses are the place, or stage, upon which people have the opportunity to create their own social frameworks.

I don’t think one approach to urban revitalization is intrinsically better than the other: PRH attempts to intentionally move a community forward by looking back, and re-creating a community based on the type of community that probably existed in the shotgun house neighborhoods of the past. Note, however, that the historic community being emulated was not the result of intentional community building – it just happened when a dense physical place with front porches and shared alleys was built -which is exactly the type of physical place the townhouse development creates.

The townhouse development sets the stage for a new and different community to develop and occupy land that previously was occupied by others. But in creating an entirely new place, whatever community existed previously is lost. There are social justice issues embedded in that type of change that cannot be ignored. Economics dictate that in the future, more townhouse-type developments will be built in urban areas, gentrifying and most likely displacing former residents of those revitalized neighborhoods. These new communities may or may not have the same type of social cohesion of the communities being replaced, and the displaced people will be forced to begin building social networks anew in a different place. There is, therefore, a social cost in creating unfettered opportunity for new relationships to form.

PRH models historic “best practices” of living in community and attempts to preserve the continuity between the past and the present of a single physical place. In the model, existing residents are not displaced and are simply given tools to improve the community where they live. The strength of the community exists in relationships between members. But using a pre-conceived framework for the organization of a community may hamper the ability of the community to develop organically into new and different social structures; and may limit the adaptability of the community when faced with a society that increasingly exists across digital space, rather than in a single physical place. What happens when a community member no longer needs the supportive services? Does the community connection continue to exist if a resident moves to market rate housing in a different location? Or will the existence of the community cause the members to avoid opportunities that would take them away from the community? The answers to those questions will likely depend on the individual community member.

I think the success of these two very different urban revitalization efforts in Houston points to the need to thoughtfully engage in new place-making and in community building in the urban core to allow the opportunity for innovation all while fostering connectivity with the past. There are some areas in which no community remains; these are areas for place-making. In areas where there are existing communities, community building may be a more socially equitable approach to revitalization.

Leigh Kellett Fletcher has been practicing land use, environmental and real estate law since 1997 and regularly represents clients acquiring, developing and selling real estate in Florida and the U. S. Virgin Islands. She has been involved in the purchase, sale and redevelopment of multi-family residential projects, office, commercial and mixed use properties and has worked with clients to obtain land use entitlements and environmental permits to develop and expand commercial development. She frequently works with clients acquiring environmentally contaminated properties and assists them with obtaining brownfield designations and completing remediation and development of those properties.

By Leigh Fletcher | Published May 20, 2015 | Posted in Uncategorized | Comments Off on Something Old, Something New: Place-making and Community Building