Sometimes A Regulation Is Just “Silly”

Local government lawyers take note – the ability to regulate signage is being examined again by the US Supreme Court. This month, the high court took up a city’s regulation of directional signage. Once again, the age old legal question is where the line can be drawn to regulate free speech.

In the case of Reed v. Town of Gilbert, Pastor Reed, of the Good News Community Church, challenged the Town’s law regulating the size of directional signs. The law provides that temporary directional signs may be no more than 6 square feet in size, can be placed no earlier than 12 hours before the event, and must be removed no later than 1 hour afterwards. Other signs, including political or ideological signs, do not have such limited regulations as to size, quantity or length of time displayed.

The law provides that temporary directional signs may be no more than 6 square feet in size, can be placed no earlier than 12 hours before the event, and must be removed no later than 1 hour afterwards.

Pastor Reed and his Good News Community Church argued that Gilbert’s law discriminated against his Church by allowing some signs and not others. The Court questioned Reed as to whether this equal protection argument could pass muster under other circumstances – Would a direction sign to a soccer game fall under the same limitations? Yes, he responded. Is political speech more valuable than directions to the soccer game? It’s not for the Town to decide. Are directions to a one-time yard sale as valuable as election signs? Yes. Would 50 “Happy Birthday Fred” signs be permitted under Reed’s equal protection position? Yes. The result of the questioning made clear that most justices were skeptical about crafting a rule that would regulate all signs in the same way, as such a decision would have larger ramifications and unanticipated consequences. 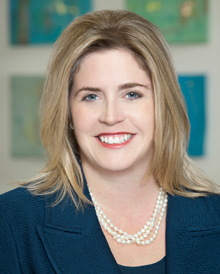 On the other hand, the Justices were also skeptical about the scope of the Town’s regulations. A sign could state an ideological message, but if it also provided directions to an event, then the sign was subject to more restrictive regulations than a sign with the same ideological message but no directions. Justice Ginsberg wondered if an arrow would classify the sign as a directional sign. Said Justice Breyer, after noting several silly, but possible scenarios, “It does sound as if the town is being a little unreasonable, doesn’t it?” The Town first argued that the state’s regulation forced it to create such laws, then argued that the issue was clutter, but under questioning from Justice Kagan, it stated that the justification for the law was that ideological signs were more valuable. While most Justices seemed to allow for the fact that the social value of the message might be taken into account, Justice Kagan remarked that with a content-based regulation, “you lose regardless of what the standard of review is”.

A decision is expected this summer. However, given the Justices’ line of questioning, generally supporting neither the Church’s equal protection argument, nor the extent to which the City has regulated signs, experts do not expect it to be a precedent setting First Amendment decision.

By Leigh Fletcher | Published January 30, 2015 | Posted in Uncategorized | Comments Off on Sometimes A Regulation Is Just “Silly”