The Plays The Thing: The Economic Impact of Creative Industries in Florida is Big! 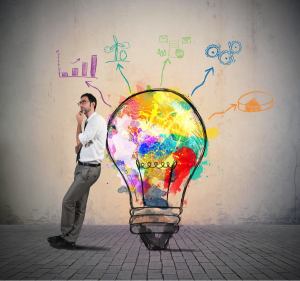 Americans for the Arts, a national nonprofit recently released a report summarizing the economic impact of creative industries in the United States. The report includes a state-by-state snapshot of creative industries, including both for profit and non-profit businesses involved in the production or distribution of the arts. Businesses included are nonprofit museums, symphonies, theaters, as well as for profit film, architecture and advertising companies. The data was compiled from Dun and Bradstreet information on businesses. Since many nonprofits do not register with Dun and Bradstreet these numbers should be considered conservative – even with that caveat, the report showed that as of January, 2015, 3.6 percent of all businesses in Florida are arts related and cumulatively employ 185,136 people. Nationally 3.9 percent of U.S. businesses are art related and employ over 2.9 million people. If you want to read the full report, you must log in to the following website: www.americansforthearts.org. Their research is further broken down by county and covers all fifty states.

Increasingly, developers are recognizing that successful development requires vibrant places and attracting creative people. While the numbers above exclude other elements in the creative class – the writers, scientific innovators, computer programmers and designers – Florida benefits from the arts and developers can too. Increasingly, state and local public art funding is available for use in partnership with private dollars to maximize the impact on public spaces surrounding private development. Ascertaining and negotiating for available resources early in the development approval process can generate, literally, beautiful results!

Leigh Kellett Fletcher has been practicing land use, environmental and real estate law since 1997 and regularly represents clients acquiring, developing and selling real estate in Florida and the U. S. Virgin Islands. She has been involved in the purchase, sale and redevelopment of multi-family residential projects, office, commercial and mixed use properties and has worked with clients to obtain land use entitlements and environmental permits to develop and expand commercial development. Read Leigh’s Full Biography

By Leigh Fletcher | Published April 29, 2015 | Posted in Uncategorized | Comments Off on The Plays The Thing: The Economic Impact of Creative Industries in Florida is Big!