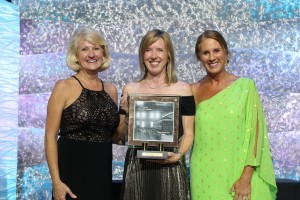 awarded Anne Pollack their prestigious MVP Award at their annual Excellence Awards gala. The MVP Award is bestowed upon an individual who made vital contributions towards a project or deal which was unique in scale, scope or challenges and was successful despite the multiple unique complexities.

Anne Pollack, winner, says, “It’s a thrill to have been chosen for this award because it recognizes both the hard work that goes into the early stages of a project and the terrific social impact development that is the ChenMed-Dedicated Senior Medical Center on Fletcher Avenue, totally focused on serving low income seniors in the community.”

More information about this transaction with high community impact:

The site for ChenMed, on Fletcher Avenue, was underutilized and not zoned properly, but close to a large population of low and middle-income seniors. Turner hired Anne Pollack to rezone the property to allow the medical clinic. Because of Federal health insurance deadlines and other requirements, the space had to be open within about 15 months. This is a very tight timeframe to include a rezoning, permitting and construction, but Anne was able to work with the County, the County’s Economic Development Department, and various design consultants to remove the need for waivers, and so to allow a more straightforward and speedier rezoning request with more support, fewer problems and ultimately timely approved!