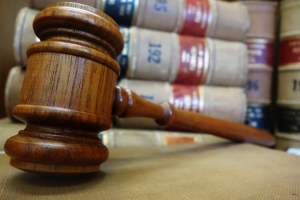 Like most local jurisdictions, the City of North Miami Beach has certain standards for approval of rezonings. At issue in this case was the requirement that “the proposed change would be consistent with and in scale with the established neighborhood land use pattern.” Over the course of several hearings, little evidence was provided to support the rezoning or the project that would be built. As opposition grew to the project, the City and Developer began presenting evidence of the project’s compatibility with the surrounding area. This included an old traffic study of a road upon which the project is not located; a report on the “compatibility” of the rezoning of that same road; and evidence of the economic benefit to be attained by approval of the project. In fact, the City Attorney determined that the rezoning process was not the place to determine consistency. However, the Court found that this was “clearly error.” It found that there was “absolutely no evidence presented” of consistency, as was required by the Code. By failing to consider, “much less apply” the standards in the Code, the City and the Circuit Court had departed from the essential requirements of the law.

Experience has shown that Courts generally will support a City’s decision, so long as a minimum of evidence is presented to support each and every approval standard in the Code. This case makes clear that no matter how vague the standards, how popular the request is with the local staff and officials, or how willing the City Attorney might be to overlook a requirement, best practices require the applicant to introduce evidence that hits every standard.

The Williamson Doctrine, established by the US Supreme Court in 1985, is a ripeness requirement – before an inverse condemnation (takings) case can be brought to Federal court, it must be “ripe” to be heard before the court. The case of Williamson County Regional Planning Commission v Hamilton Bank of Johnson City requires that the property owner first exhaust all state administrative and judicial remedies to seek just compensation before proceeding to file a takings case in Federal Court.

In Arrigoni Enterprises, the town denied Arrigoni’s (the property owner) request to rezone the property to industrial uses. Arrigoni’s appeal to the state court was likewise denied. After then trying to get approval for a variance, but being denied once again, Arrigoni filed suit directly in federal court on a takings claim. The US District Court dismissed the claim on the grounds that Arrigoni had not exhausted its remedies in the state courts, and the US Court of Appeals upheld the District Court’s decision.

Exhausting state remedies is no doubt a difficult and long process. The property owner has to proceed first through applicable local approvals (such as zonings, variances, and administrative application processes), then through the state court system, before arriving in the federal court system. The District Court, citing Williamson, recognized that the “Fifth Amendment does not proscribe the taking of property; it proscribes taking without just compensation.” Thus if a state has “an adequate procedure for obtaining just compensation,” a property owner must go through that process first.

Arrigoni has filed a certiorari petition with the Supreme Court seeking to limit the Williamson Doctrine, and several property rights organizations have filed amicus briefs in this case. At this time, the Supreme Court has not made a decision as to whether it will hear the case. A decision limiting Williamson would be of great benefit to property owners looking to get a final, federal decision more quickly; but without clear guidance by the Supreme Court as to when state laws providing compensation remedies would be effective, such a ruling could cause great confusion and unexpected liability for local governments.