Where are the opportunities for entrepreneurs in space? 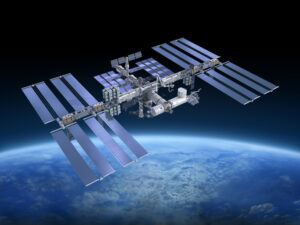 At the World Economic Forum at Davos, Switzerland, U.S. Commerce Secretary Wilber Ross predicted that the space economy will be worth more than one trillion dollars by 2040.[i] Certainly, private investment in space endeavors is increasing. Thousands of small satellites are in the development stage by companies like SpaceX and OneWeb to deliver internet via constellations of satellites in competition with land-based internet providers. Last week, OneWeb launched 34 internet satellites, and the company plans to launch another thirty small satellites in March, 2020.[ii] SpaceX similarly has announced plans to send up thousands of satellites in the next 12-24 months.

NASA is commercializing access to the International Space Station, and one of the proposed uses is fabrication of fiber optics for medical use under microgravity conditions. The firm Made In Space has a fabricator unit already on board the ISS as a proof of concept.  Other proposed uses include testing habitats for moon colonization and continued applied engineering research to increase space station operational efficiency and lower costs of facilities in space.[iii] To get to the space station, private companies are improving efficiency of rockets and miniaturizing support technology to make space exploration more feasible.

Much of this work is occurring at the behest of either the behemoths of technology or by well-funded (and well connected) start ups supported by the founders of those companies.  Where does that leave the independent entrepreneur without access to billion-dollar budgets?

In The Innovators Solution[iv], Clayton Christensen and Michael Raynor suggest that to be successful, new businesses in mature markets need to employ one of two strategies:

Space offers a unique opportunity to deploy these strategies because the market is still developing – even the biggest players are not yet fully profitable.  Nonetheless, regulatory uncertainty and practical challenges create opportunities for small entrepreneurs to disrupt the marketplace and offer goods and services that the major players in the space economy are ignoring.  Here are some potential examples:

Sensor Technology – the proposed U.S. Export Control licensing requirement for geospatial technology foreshadows potential additional regulation of GPS and GNSS based technology that will likely increase the cost and/or decrease the availability of that technology for use in space.  This creates an opportunity for companies that develop technology reliant on non-geospatial platforms to capture a segment of the space market supporting the Internet of Things.

Space Debris – the proliferation of short-lived small satellites and other equipment deployed at low orbit has created concerns that nonfunctional debris may damage critical space infrastructure or cause damage to earth if the defunct object fails to burn up in the atmosphere when it falls out of orbit.[v]  The company that develops a cost-feasible waste management system for space will be meeting a global unmet need. Whether that is a rocket fueled garbage truck or technology that improves remote retrieval of obsolete devices, the company that develops the solution will be scalable as the number of satellites and other equipment deployed by the private sector increase.

Space Security – the private sector has recently established the Space Safety Coalition[vi] recognizing that the current regulation of space activities using multiple international treaties and diverse and inconsistent national regulations is both unwieldy and ineffective.  As noted by many, existing regulations are not comprehensive, and very few enforcement mechanisms exist.  Is there room in the marketplace for a space security company funded by private companies who rely on space-based satellites?  Note that the new U.S. Space Force was provided a mission to safeguard military interests and an annual budget of $40 million, which is not enough to develop a single Airforce jet, much less a comprehensive plan for securing private assets in space.

Data Collection and Information Exchange – Currently a United Nations Registry, supplemented by twenty-plus national registries, contains the publicly available data on objects deployed in space.  As the number of satellites increases and involvement in space activities expands to more of the countries of the world, this patchwork collection of data will not serve the needs of the private sector well.  The opportunity exists for a company to create a search tool, dataset and/or privately managed registry as the gold standard of information on all things in orbit.

Repurposing Existing Commercial Technology – The 45th Space Wing of the U.S. Airforce has issued a commercial solutions opening pitch competition solicitation for small business, seeking technology and services to fill specified gaps in capacity at Patrick Air Force Base.[vii]  The solicitation seeks both new technology solutions and companies offering repurposed existing technology to meet the identified needs.  While the first round of applications closed February 9, 2020 – with the first pitch scheduled for March 4, 2020 – the solicitation remains open for applications for later pitch sessions.  The awards are anticipated to be around $100,000, virtually guaranteeing that only small companies will apply.  Similarly, lower costs satellites are being manufactured using cellphone parts.  These Cubesats are 4 inch cubes that significantly lower the cost of satellite construction, opening the market to small business entrepreneurs.[viii]

Since the middle of the 20th century, space has represented a new frontier for scientific and technological exploration.  As that exploration is now largely occurring in the private sector, both large and small entrepreneurs have the opportunity to capture part of the extraterrestrial market. While the opportunities are different, both large companies and small entrepreneurial ventures have a place in the modern space race.

By Leigh Fletcher | Published February 26, 2020 | Posted in Business Law, Legal Updates | Comments Off on Where are the opportunities for entrepreneurs in space?